Skip to content
Following the White House announcement of Malia Obama’s post-high school plans, there has been an explosion of commentary on the benefits and potential pitfalls of the gap year. One common assertion by both reporters and comment board enthusiasts argues that the gap year is out of reach for the average American. Dismissing the gap year concept as another privilege of the 1 percent does a disservice to us all, as society would gain substantially from a generation of more engaged, self-directed and academically-motivated young people. 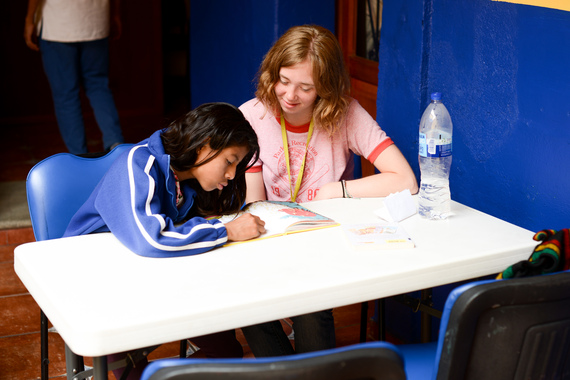 It’s currently the case that most true gap years (defined by the American Gap Association as meaningful time out to pursue personal growth) are taken by young people from middle- and upper-income households. The term ‘gap year’ is often confused with the concept of spending time after high school working at home to save money for college or vocational school. While this is a noble and sometimes necessary way to spend time, critics of the gap year often use this as an example of a way that students fall off track.
When gap year proponents talk about gap time, they are describing a period where the main goal is the development of one’s life and career skills through deliberate exploration. I would argue that the gap year described as such can and should be open to all and offers incredible value to students across the socioeconomic spectrum.
I don’t believe it’s useful to try and pigeonhole the gap year concept as appropriate for only one type of student. Millennials face a vast array of challenges when entering adulthood that sometimes correlate with their socioeconomic status, but sometimes not. Rather, the gap year should be framed as an opportunity to creatively address the different challenges that students face in the year leading up to college.
For example, low income and first-generation college students can sometimes arrive at college academically unprepared and with additional stressors that unfortunately lead to high dropout rates. According to experts, creating access to support networks and developing life skills are known to improve retention and graduation rates. Promoting a fully-funded, mentored experiential program aimed at preparing students for college would undoubtedly lead to better outcomes for these students once they arrive on campus. There are already several programs in place that offer financial aid and fill this niche (such as Global Citizen Year, Dynamy Internship Year and Carpe Mundi).
For wealthier Americans, the pressures affecting graduating seniors are often quite different. For many affluent families, young people face pressure to achieve high levels of success, including the assumption of admission into an elite school. This preoccupation with the college rat race too often leads to high levels of anxiety and academic burnout. To give these students an opportunity to reengage with their learning in a positive way while allowing them to explore potential careers has long-lasting benefits.
Then there are issues that cross all backgrounds — the rising cost of college, an increase in diagnosis of mental illness and learning differences and the absence of career-related experiences while in high school. These issues make the idea of purposeful time out very attractive. Consider the increasing cost of college. Many students do not have the luxury to ‘find themselves’ while spending $60,000 a year. Every change in major or step off the track once in college has financial implications. My question to gap year detractors is: Why rush our young people into college? The data emerging regarding the gap year suggest students who take time out graduate in less time with higher GPAs and better social skills. If even 10 percent of graduating seniors took gap time we’d see drastic changes on college campuses — for the better.
While a gap year cannot be boiled down to one singular activity, a combination of mentorship, experiential learning and personal exploration are key components to meaningful gap time. There are certainly issues that need to be addressed in order to create the right recipe for meaningful experiences, but I find it hard to argue with the fact that we need to be encouraging young people to make deliberate choices about their future. Let’s not tell teenagers to, “Follow their dreams,” if that is code for getting on the one-size-fits-all conveyor belt to adulthood.

Let’s not tell teenagers to, “Follow their dreams,” if that is code for getting on the one-size-fits-all conveyor belt to adulthood.

A generation ago we, as a country, advocated for college access for students of all backgrounds and have made great strides in democratizing higher education. Today, we need to recognize the potential of the gap year and work to promote high-quality opportunities for all types of learners. Let’s agree there is an inherent societal benefit in our young people entering adulthood with the life skills necessary to design a future they can be proud of. A gap year is a powerful tool we can employ to that end.
This blog post originally appeared on Huffington Post College. Take a look here.